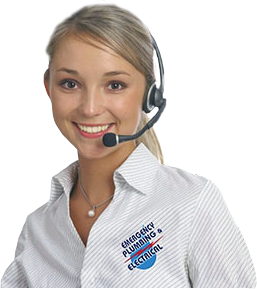 How to Replace a Hot Water Tank

How to Replace a Hot Water Tank

One of the things we’re worried about is the water heater.

We’re a two-unit, so this one here is ours. Are you on the first floor? Yea. Okay.

Water heaters do fail someday and it starts with understanding how old they are. So, when I look here… this hot water heater installer did us a nice favour, he actually told us the day he installed it. It was 2006, so this is now ten years later. But there’s always a rating plate somewhere in the body, it’s going to tell you the date of manufacture. So, here’s the model and serial number and I would guess that this was made in November of 2003. So this looks like it might have been on the shelf for three years. Now, there’s also a listing of the warranty- how long they expect it to last, which is six years. So you’ve got a 13-year-old tank in use for ten that they expected to last for six.

So most people wait for the water heater to fail and there’s always a big hubbub, get us right over a flooded basement and everything else. This might be the best day you could ever have to change this water heater up. Alright. Let me go the track and get some tools. To get started, I need to shut off the water supply, the gas supply and drain the water here. I’m also going to remove some of the old gas piping and the overflow from the temperature and pressure relief valve. Okay. We also have this gas line on the way, I’m just going to swivel this pipe out of the way just enough to push the water heater out. That should do it right here.

Next, I break the galvanized flue gas connection at the top of the water heater. I’m going to reconnect to the hot and the cold copper water line. So it’s a lot easier to clean them in place and then cut them. Once they’re cut, we’re ready to take this water heater out of here. All right, Kevin, say hello to your new water heater. Hello. All right. So, you’re one of the first homeowners that come under the new energy guidelines from 2015. The government wanted to reduce the amount of energy that was lost from the water heater. And most of that loss happens what they call standby loss. Here’s this forty-gallon tank that wants to give off its heat all day long to the basement. So they did it by making more insulation. So if you look it’s the same height, it has the same cold water line right here with the dip tube that goes to the bottom, hot water leaves right here, same flue connections, gas piping is the same.

The one thing that has changed is the dimension. So you can see the old tank was just over 19 inches, this is 22. So, it means you’ve got a total of 3 inches wider, which means an inch and a half more insulation all the way around and at the top. And that’s a good thing. So, you got a wide-open basement, no big deal. If there are a couple of people that this new law is going to come into effect for, it’s going to be some issues. Anybody that’s got a water heater that is jammed in a tight little closet. Other people have condos. Sometimes I see them jam tighten the closet, you’re not going to fit them all. The other thing is that if you have a fifty-five gallon or larger water heater, they now have to be so efficient, you can no longer vent them into a chimney. You have to use a nonmetallic plastic vent and sometimes that can really add to the insulation but, you’ve got plenty of space so it’s no big deal for you.

We also got you a ten-year warranty water heater, this was a six. This is a ten, so it should last a lot longer. Great. All right, you ready to put her in? Yeah, let’s do it. Why don’t you take this in… follow me. Let me just dance it in. I got it. All right. So look at this now. Remember I said it was no big deal you had plenty of space? Look at this, the flue doesn’t line up, the hot and cold don’t line up because the extra width gets in the way of this concrete pad that stick it up above the floor. So just means a little more re-piping. Okay. So, I’m going to start by reconnecting the gas, so I’ll just dry-fit the old connection to the union and that tells me that I need about an inch and a half. That’s perfect. So I’m just going to put a little pipe dope on the threads. Okay. Let’s do that. A little bit of pipe dope on the face of the union, right, like that not too much. This is the drip cap that goes into the bottom of the tee.

This is a vacuum valve that would allow if it ever tries to drain the tank, it will allow air in so it wouldn’t let the tank collapse or implode. So, with this flue pipe, we have a crimped end and that has to fit inside this fitting, so I’ll hold this up and this part has to go over this crimp so this mark should be perfect right there. All right. So this is the overflow and that comes from the temperature and pressure relief valve. This is a really important safety device if the tank ever got too hot or too much pressure it would relieve and they wouldn’t want that relief to go onto somebody so it has to be down to within 12 inches of the floor.

All right. So we’re done. It’s now time to put the water back on. Listen for it. Okay. And while that tank is filling, I’m going to turn the gas back on. That’s on and I want to do a leak test on all those new connections. If there was a leak you’d see a bubble coming up. There it goes. All right. Gas is back on, water is heating up. I’ve labelled the first floor; I’ve got the date of installation. You’re good to go. Awesome. Thanks, Richard. Do you mind throwing in your autograph on there too? My autograph? Yeah. Really? That might drop the value of this thing. All right. I don’t think I’ve ever done that before. I’ll see you in ten years.

Thanks, we’ll see you then. Thanks for your help. Your signature, really? Really silly. All right, let’s talk water units. You know, the new energy regs came in, I’m thrilled about them. They’re going to make more insulation, make them a little bit bigger. Right. In that case, I had to add a little more pipe in because it hit that concrete on the bottom.

But if it didn’t hit the concrete you would have been fine, right? Yeah. It would have lined up and fine. Okay. All right. Now, inside these things they’re increasing the amount of insulation, as I mentioned, from three-quarters to inch and a half and that’s great, both here and here, but it’s not going to make this huge difference because inside of a gas-fired appliance like this, it has a burner at the bottom, a tank filled with water, and coming up through the middle is this flu pipe here that has flu products, right? So think about a hot tank of water, ice-cold air from the basement coming up through, it’s just going right up to the chimney, much of the standby loss is not from here but up the chimney. So, it’s basically thermos bottle, they’ve doubled the size of the insulation but we still have a hole running right through the bottle. Right. I believe it’s a ten flap open and all the air is going to come out. Yeah, I get it.

So, if you go up over fifty-five gallons you can no longer use this style of water heater, you can’t use that conventional burner and chimney. Now, they’re going to make it so that you have to vent it through some nonmetallic piping to outside, not into the chimney and bring a second line in to bring air in for combustion. Maybe that’s a good thing because the reason that they vent it is that the burner is that much more efficient… super-efficient and when the burner is off it shuts off, which stops some of this off-cycle loss through the chimney.

So, we’re going to pick up some efficiencies there. That’s right. But it’s still a big tank. That’s right. All right. An electric not much changed here in the smaller units. Here’s a standard electric water heater. You’ve got an electrical element here and here, you’ve got increased insulation. It’s much like a coffee maker, you’re trying to heat the water, okay? Right. So, not much changed here up to 55 but over 55 gallons you can no longer use this style. You have to use a heat pump water heater. So you can no longer use the elements, those two elements, you have to use this monster over here? That’s right. So this is a tank underneath here and then above it is a heat pump and a heat pump is really like an air conditioner in reverse where it’s going to find heat inside the house, inside the basement from other sources, deliver it efficiently into here and reduce the electro [not clear] about 60%.

What’s this guy though for? This is an element, isn’t it?

This is the backup element to make sure you always have hot water and that should be there as a backup. This should get most of it done. So that’s super-efficient. That’s right. So, does it affect all water heaters? Is everything changing? Well, the thing that doesn’t change is if you have tankless or instantaneous water. This sits on the wall, gas-fired and when you don’t use hot water it uses nothing. You can’t get much more efficient than that. No standby loss, so this one is as good as it gets. And when you do want to take a shower you could do it for 24 hours a day.

You know, I’m going to start thinking about it. if I’m getting pushed into a new model like this I might start thinking about something like that in there. That’s right. Cool. Now, so how do you get a ten-year warranty? I mean, are you buying a ten-year model versus…? I want a ten-year warranty. A lot has changed. In the old days, you had a five-year unit and you have a different ten-year unit and the ten-year unit had a secondary anode rod which is built a little better. Now, it’s one unit, six years warranty and then you can buy an additional warranty from the manufacturer. And some manufacturers, to get the additional warranty, insist that you buy this secondary anode. Now, the anode is a sacrificial rod that sits inside. This used to be an anode right here. And once that goes this is what happens. So that’s how you get your extra insurance? That’s right. In some cases, you were saying, what do the others do?

Some of them are just going to buy an additional insurance policy for a couple of hundred bucks. So, it’s basically just a six-year tank with a ten-year label on it. Exactly. If it fails they’ll replace it? Absolutely. All right. 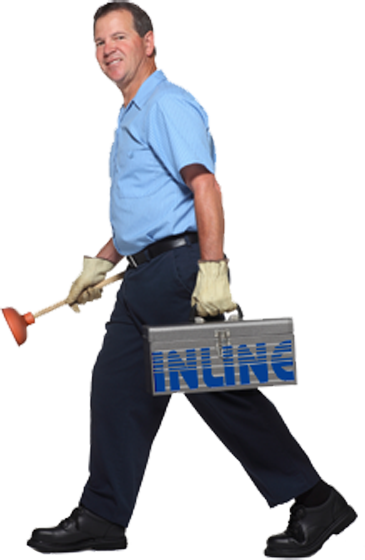